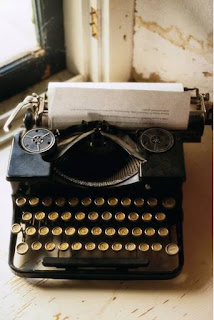 There’s an old saying in fiction: every villain is the hero of his own story. I think Willem Dafoe summed it up perfectly when an interviewer asked him whether he preferred to play good guys or bad guys. “Don’t make no difference,” he answered. “Everybody thinks they’re righteous.”

And so it seems like we can take the same elements that we would apply to developing a hero and use it with a villain.  In fact, that kind of sounds like fun!  Why don’t we do that with three of my favorite movie villains:

Rene Belloq from Raiders of The Lost Ark (the evil archaeologist).  He was unscrupulous, mean-spirited and greedy…but he sure could wear the heck out of a white linen suit!

Darth Vader from Star Wars (and I mean the original trilogy, of course!).  He was evil personified, scary-powerful and without mercy…and then we found out he actually had a gooey center of fatherly affection hidden under all those spare parts!

Hannibal Lecter, the penultimate villain, the cannibalistic serial killer that we all love to hate (or hate to love, as the case may be)!  In this case, let’s look at the Lecter that we saw/read about in Hannibal, the final installment of Thomas Harris’s trilogy, since it’s in that story that he’s really the main villain, not just a fascinating secondary character.

Belloq – In Raiders, Belloq’s primary goals seem to be: 1) To discover and sell archaeological treasures.  2) To best Indiana Jones.  Who can forget the line: “And so we see once again Indy, there is nothing that you can possess that I cannot take away”?  Mmmm!  I still get shivers!

Vader – To crush the Rebel Alliance.  (He’s nothing if not straightforward about that!)

Lecter – When Hannibal opens, Lecter is in Florence and his goal is to make a success of his new position as curator of the Capponi Library (and presumably to pare down the more boorish faction of the board of directors!).  As the movie progresses his goal becomes to avoid the people who are trying to capture him and to “reunite” with Clarice Starling.

Underneath the goal (the thing that’s being pursued and fought for) lies the motivation – the driving force behind both the goal itself and the actions that further it.

Belloq – The first thing that comes to mind as Belloq’s motive is pride.  He wants to be the one to open the Ark of the Covenant.  He wants to conduct the ritual.  It’s not so much a love of history and relics that drives him, it’s the reflected glory that he feels.

Vader – The power of the Dark Side – and his own anger/fear, which is what left him open to seduction by the Dark Side in the first place.

Lecter – The idea of remaking the world into his own twisted vision: a paradoxical vision filled both with horrific acts of violence and works of immense beauty.  The cellist in the local symphony lacks talent? Eliminate him so that a more gifted musician can take his place.  Pride also comes into play here, because Lecter’s intelligence and self-control makes him almost godlike, at least in his own mind.
—————————————————
NEXT WEEK: Part 2 – What makes your villains more heroic (at least in their own minds)?

In the meantime, who are your favorite fictional villains?