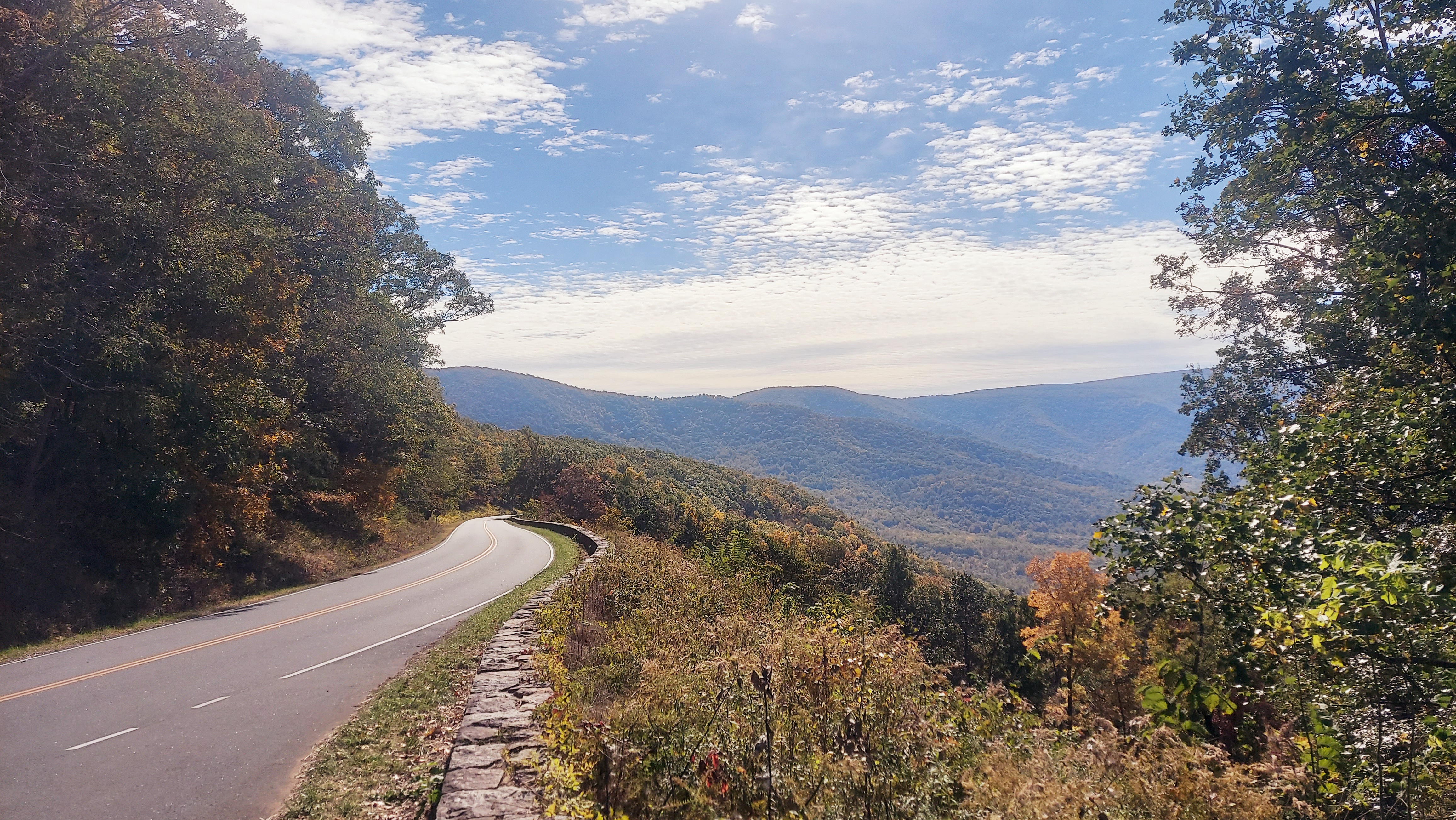 I’ve posted many times on social media about my love for the Shenandoah National Park, and Skyline Drive in particular. Today I thought I’d share a little history about the park itself.

In 1924, the Southern Appalachian National Park Committee was looking for a place to put a national aprk in the Blue Ridge Mountains of Virginia. They wanted a location that could be easily accessed from major east coast cities, such as Washington D.C. According to their plans, the “single greatest feature” of this park would be “a sky-line drive” which would provide views of the Shenandoah Valley to the west, and the Piedmont Region to the east. They settled on the area that is now the Shenandoah National Park.

Field surveying begain in 1931, funds were approved in 1932 ($1 million, which is equivalent to $15.6 million today) and construction started in 1933 as part of the Civilian Conservation Core (CCC). The first part of the road was completed 1936, and the majority of the existing drive was completed by 1939.

Although Skyline Drive is one of my favorite places in the world, it’s important to remember that all of this beautify didn’t come without a price. During the establishment of the national park, approximately 450 families lost their homes. Some were evicted by force. To the credit of the National Park Service, the injustices that were done to these families have been documented in an exhibit at the Harry Byrd Visitor center, located at milepost 51 of Skyline Drive.

I say that the exhibit is “to their credit” because I first learned about this darker part of the story at the museum when I was a teenager. Otherwise, I might never have known, which is a sad and sobering fact. You can take a virtual tour of the Visitors Center at this link, and if you visit the park you can find books about these families at the bookstore. One of the most moving is “Answer at Once”: Letters of Mountain Families in Shenandoah National Park, 1934 – 1938, by Katrina M. Powell. (That link goes to Amazon, since I couldn’t find it on the Shenandoah National Park online bookstore.)

Recently my sister and I took trip to Skyline Drive, where we basked in the beauty of Mother Nature decked out in all her autumnal glory. As I sat and gazed out at the expansive vistas, I thought about those families. They are gone, and that tragedy cannot be undone. But their stories are still told, and their voices still echo through the mountains.

2 thoughts on “A Sky-Line Drive”